The GO Act would empower states to designate low-income areas that lack fixed wireless broadband service at speeds of at least 25 / 3 Mbps as “Gigabit Opportunity Zones.” Eligible areas for designated opportunity zones must face obstacles to economic development due to lack of broadband coverage or speed or require access to high-speed broadband for commercial purposes.

“In an increasingly virtual world, the GO Act will encourage private investment to help bridge the digital divide and ensure communities are no longer left behind,” said Rep. Cammack. “In Florida’s Third Congressional District, thousands of people are unable to access reliable, high-speed, affordable internet, forced to do their homework or visit their doctor in the McDonald’s parking lot. It’s past time we deploy solutions that target needed internet infrastructure development for unserved communities.”

The bill is endorsed by FreedomWorks, a conservative and libertarian advocacy group dedicated to fighting for smaller government.

Said Adam Brandon, President of FreedomWorks: “In our new information economy, getting underserved Americans access to high-speed broadband is more important than ever. Politicians, bureaucrats, and pundits all agree that closing the digital divide is essential to the economic wellbeing of rural communities in particular. Until now, the only proposed solution has been to throw money at the problem, resulting in massive amounts of fraud, waste, and abuse with little to show for it.”

Despite numerous federal and state-level efforts to deploy broadband infrastructure, at least 19 million Americans remain without access to any form of reliable broadband service.

“Fortunately, there remain members of Congress who are dedicated to providing market-based solutions to the digital divide. The Gigabit Opportunity (GO) Act from Rep. Kat Cammack is one such proposal. In creating new ‘Gigabit Opportunity Zones,’ the GO Act will empower states and communities to take the problem of broadband deployment into their own hands, abandoning the failed one-size-fits-all approach of the FCC and helping to close the digital divide in the areas that need it most,” said Brandon.

“I represent a fairly diverse district across central and southwestern Illinois that includes both urban and rural communities, and many of them still do not have access to high-speed broadband, which is becoming increasingly important to daily life,” said Rep. Rodney Davis (IL-13). “That’s why I’m proud to introduce the GO Act with Congresswoman Cammack so we can ensure that these communities have an equal shot at participating in the 21st century economy via high-speed broadband.”

“The need for fast, affordable, and reliable broadband has never been more apparent than over this past year. I’m proud to support the GO Act to help bridge the digital divide and bring much-needed internet access to rural areas across the country, including Southern Illinois,” said Rep. Mike Bost (IL-12).

“Rural broadband is a critical component of keeping up in the digital age. My constituents need strong, reliable broadband for agricultural, educational, and healthcare opportunities in particular. The GO Act will make it happen, opening TX-13 and all of rural America up to limitless possibilities,” said Rep. Ronny Jackson (TX-13).

“In seven of the counties I represent, fewer than 15 percent of the population has access to 25 Mbps internet connections. Even in southern New Mexico counties with higher percentages, internet speeds and access in the rural areas lag behind what’s available in other parts of the country,” said Rep. Yvette Herrell (NM-02). “I’m proud to support the Gigabit Opportunity Act to help bridge this digital divide by incentivizing broadband deployment in the unserved communities I represent.”

“Far too many New York families lack access to affordable and reliable internet service. I am committed to tackling this problem by bringing greater choice and opportunity to the marketplace to drive costs down and increase options,” said Rep. Claudia Tenney (NY-22). “The GO Act is one solution that can bridge the digital divide, expanding access to quality internet service to more Upstate families.”

“Lack of broadband access impacts education, healthcare, and economic development in rural communities across West Tennessee and across the country. Closing the digital divide is vital. The Gigabit Opportunity Act simplifies regulatory processes which hinder broadband deployment and allows private investors to more easily connect low-income and rural communities,” said Rep. David Kustoff (TN-08). “Cutting the red tape to allow more effective and efficient broadband deployment would help West Tennessee families gain access to high-speed internet. This is a commonsense measure, and I am proud to join Rep. Cammack in supporting this legislation.”

“Providing incentives for private investment in broadband service is critical to expanding quality broadband access to communities who need it most – especially our small and rural communities,” said Rep. David Rouzer (NC-07). “Now, more than ever, Americans count on reliable broadband service for work, education, doctor’s appointments, and more. I’m proud to be an original co-sponsor of the Gigabit Opportunity (GO) Act to help all communities gain access to the broadband connectivity they need to successfully operate in our 21st century economy.”

“The economic benefits of high-speed broadband are immeasurable, especially for rural Virginians. The GO Act gives states the flexibility to invest in broadband where it is most needed, streamlining regulations and eliminating barriers to better close the digital divide,” said Rep. Rob Wittman (VA-01).

“Despite federal and state efforts to expand broadband, more than 19 million Americans still lack access to reliable internet – an unacceptable reality in the 21st century,” said Rep. Ben Cline (VA-06). “Therefore, I am pleased to join Rep. Cammack in introducing the GO Act, which, through tax incentives and other benefits, encourages private sector investment in broadband services. The bill will cut red tape and help bring high-speed internet to rural areas throughout the country.” 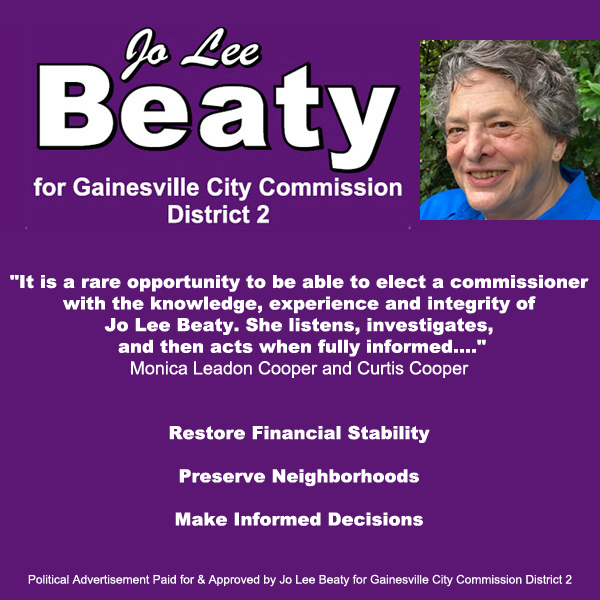 “Now more than ever, families in the Central Valley rely on internet access for healthcare, school, and work. Yet, many rural communities continue to be left behind without access to reliable, high-speed internet,” said Rep. David G. Valadao (CA-21). “The Gigabit Opportunity Act is an important step in ensuring broadband services are available to these families. I’m proud to cosponsor this legislation to incentivize private investment in rural broadband infrastructure for our communities most in need.”

“Reliable broadband access is critical to ensuring that all people have access to a 21st century economy, telehealth services, and online learning opportunities. Legislation like the Gigabit Opportunity Act helps develop our broadband capabilities, and we must continue to explore ways to improve broadband access in rural districts like Wisconsin’s 7th,” said Rep. Tom Tiffany (WI-07).