Head Coach Anthony Nesty has been named as an Assistant Coach to the Men’s U.S Olympic Swim Team 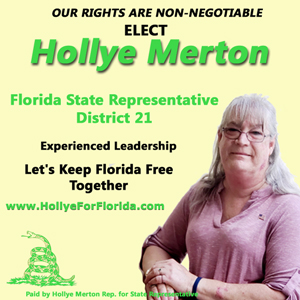 As the U.S. Olympic Team Trials came to an end, Bobby Finke qualified in his second individual event heading to Tokyo.

Caeleb Dressel started off the final night of the Olympic Trials in the 50 free, winning the event in dramatic fashion. Dressel won the 50 free and tied the American Record with a time of 21.04, qualifying for his fourth event for the Tokyo Olympics. Adam Chaney finished fifth in the final with a time of 22.08, narrowly missing the cut.

Bobby Finke put on a stellar performance in the men’s 1500 free, jumping out to an early lead and sailing to victory by almost 15 seconds. Finke – who won the 800 free earlier in the week – finished in a time of 14:46.06, lowering his previous best time of 14:48.70 set at the 2018 Pan Pacs. Finke moves up from seventh to fifth all-time among Americans and now ranks fourth in the world this season. Brennan Gravley closed out the Trials with an eighth-place finish, registering a swim of 15:25.26.

“This was a fantastic finish to the meet this evening,” said Head Coach Anthony Nesty. “Bobby Finke endured a back to back 1500 free, winning with a personal best of 14:46.06, easily securing his place on the U.S. Team in that event. Bobby had an amazing race, and we are extremely proud of him. He executed that swim with perfection. It was also great to have teammate Brennan Gravley in the final this evening as well. Brennan was slightly faster in the prelim yesterday but did a good job tonight. This was an especially difficult schedule for both of these men. The 1500 free is extremely demanding physically, especially when swum back to back as it was for this event schedule. I am very proud of both the men and women who competed at Trials. Everyone gave their best efforts and were united as a team. It has been a treacherous year, but our athletes have endured it, remaining resilient and dedicated. I want to thank my staff and Administration for their abundant support and dedication.  We cannot possibly have success without their commitment to the program. I appreciate every one of them. Go Gators!”

Head Coach Anthony Nesty has been named as an Assistant Coach to the Men’s U.S Olympic Swim Team. He will be joining four other Gators in Tokyo.

“I am very honored to be appointed to the United States Olympic Staff as a Men’s Assistant Coach”, said Nesty. “I am very excited to be with our athletes on this journey, and we will all do our best to represent the Gators and the United States admirably. We have some work to do, and we will do our best to get ourselves on the medal podium in Tokyo.”

The Tokyo Olympics will run July 23 through August 8, with the swimming events scheduled for July 24-August 1.­­