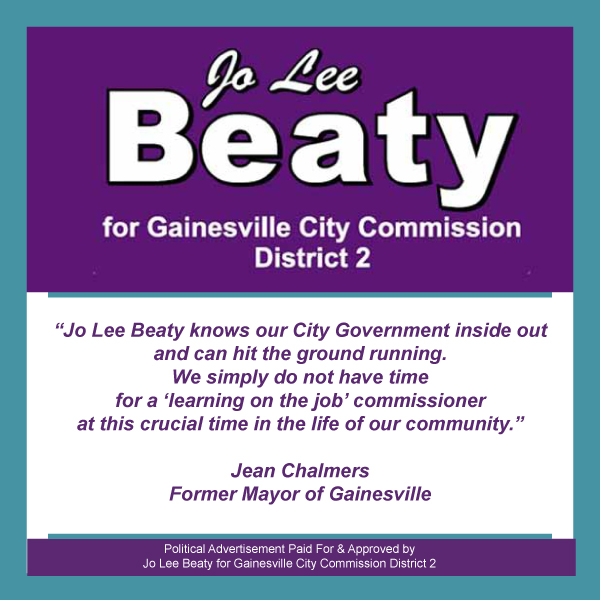 The University of Florida women’s basketball team unveiled its 2020-21 schedule Friday, a slate that includes eight non-conference contests and the customary 16 league tilts.

The season is rapidly approaching, as Florida is set to kick off its campaign Wednesday, Nov. 25 when it hosts Grambling State. The Gators will host five non-conference matchups at Exactech Arena at the Stephen C. O’Connell Center, along with eight SEC games.

“We are very grateful for the medical professionals here at UF Health, as well as the SEC and its Medical Guidance Task Force for creating an opportunity for us to compete this season. Our medical professionals and administrators have worked tirelessly to set forth a plan that establishes the safest possible environment for our student-athletes, staff and fans alike,” said head coach Cam Newbauer. “Our team has been preparing diligently with great enthusiasm for the start of our season. Our non-conference slate will present a number of different challenges for us that we believe will prepare us for the SEC season. While things may look and feel a little different during games this season, health and safety is our No. 1 priority for all involved. We look forward to opening our season in the O’Dome in less than two weeks and to get out there and play the game we love.”

2019-20 Season Ticket Holders will have a 24-hour priority window to purchase season tickets beginning Monday, November 16 at 8:30 a.m. All tickets will be grouped in pods, and all tickets within a pod must be selected when purchasing. Purchases can be made online through the Purchase Here button at the bottom of this email or by calling the Gators Ticket Office at 352-375-4683. Please note: you will need to login to your ticket account before being able to see and purchase tickets online. The general public can purchase season tickets beginning on Tuesday, November 17th at 8:30 a.m.

The women’s basketball television schedule will be announced at a later date, as will times for all games.

The safety of our student-athletes, staff, and fans remains our top priority, meaning fans will see new guidelines, signage, and enhanced cleaning protocols throughout the arena. Please note this includes all fans abiding by a strict physical distancing policy of six feet between groups. Physical distancing will also be required when entering and exiting the arena. As a reminder, all fans must wear face coverings (over the nose and mouth) when entering, once inside, and when exiting the arena, with the lone exception being while they are eating or drinking.

After a seven-win improvement a season ago, Florida takes on the challenge of going up against 10 teams that won 20 or more games in 2019-20.

Florida’s SEC opener will take place Thursday, Dec. 31 at Vanderbilt as the Gators, for the fourth straight season, begin their conference campaign away from home. Florida’s SEC home opener, its first action of 2021, is scheduled for Jan. 3 when it welcomes Texas A&M to town.

In light of the DI Council’s guidelines for the 2020-21 season, the Gators’ non-league docket is much smaller than most seasons.

Following its matchup with Grambling, the same team it opened the 2019-20 season with, UF then makes the trip to Tallahassee to battle FSU on Sunday, Nov. 29 for its first road test.

After their clash with the Seminoles, the Gators return to the Swamp to host a string of three consecutive home games against Charleston Southern (Wednesday, Dec. 2), Cincinnati (Saturday, Dec. 5), and FAU (Monday, Dec. 7).

Taking on their second road test, Florida travels to UNC Asheville on Dec. 9.

On Dec. 20, Florida hits the road for a matchup at Dayton, which finished last season 25-8 overall and claimed both the Atlantic 10 regular season and tournament titles.

Florida concludes its 2020-21 non-conference season on Dec. 22 when it hosts North Florida.

After conference play commences in the Music City, UF hosts back-to-back home games to ring in the new year with Texas A&M (Jan. 3) and Mississippi State (Jan. 7). Both teams won 20 or more games last season and finished in the top four of the league standings.

Following their first two SEC home battles, the Gators play consecutive road games at Georgia (Jan. 10) and at Arkansas (Jan. 14). The Razorbacks return four starters from last season’s unit, which finished third in the SEC and posted a record of 24-8.

On Sunday, Jan. 17, Florida returns to the Swamp to host Auburn and, after a Thursday off, hits the road for a matchup at Ole Miss on Jan. 24. The Gators close out the opening month of league play with a home bout against Missouri (Jan. 28) and a road challenge at Tennessee (Jan. 31). After finishing 21-10 a season ago, the Lady Vols return three starters.

February’s docket begins with a return game against Vanderbilt as Florida hosts the Commodores on Thursday, Feb. 4. After a Sunday bye, UF then travels to LSU on Feb. 11. The Tigers and Gators meet for a rematch of last season’s SEC Tournament second round game.

The Gators host back-to-back games for the first time since the beginning of January when they welcome Kentucky for a Monday matchup on Feb. 15 and Alabama on the following Thursday. Alabama enjoyed a breakthrough season a year ago, while Kentucky compiled a record of 22-8 and finished in the AP Top 25.

The Gators and Wildcats meet for the first time since Florida pulled the upset at UK in February of last year.

Finishing with two of its final three regular season games on the road, Florida plays at Missouri (Feb. 21) and at South Carolina (Feb. 25). The Gamecocks, who finished 32-1 and No. 1 in the final AP poll last year, return three starters.

For the first time since the 2016-17 season, Florida will conclude its regular season at home when it battles Georgia on Sunday, Feb. 28. The Gators look to snap a five-game slide against the Bulldogs.

The 2020-21 SEC women’s basketball tournament returns to Bon Secours Wellness Arena and will be held March 3-7 in Greenville, S.C.

Florida, which netted a seven-win improvement last season and finished with its best record in four years, returns four starters and seven players overall while welcoming six newcomers. After leading the team with a 15.0 points per game average, Lavender Briggs returns in 2020-21. She was named to the SEC All-Freshman Team, becoming the first Gator to collect an SEC postseason honor since the 2016-17 season. Briggs, who finished in double figures in 26 of her 29 games played, helped spearhead Florida’s bounce-back campaign as she tallied the highest points per game average by a Florida rookie since the 1991-92 season.

Fellow starters Kiki Smith, who increased her scoring by nearly 70 percent and started all 30 games at the point guard position in 2019-20, sophomore guard Nina Rickards, and Kristina Moore, who has started all 50 of her games played in a Gator uniform, are also back.

Mobile Ticketing
The University Athletic Association will require mobile ticketing this fall in an effort to reduce contact between fans and staff. With this, fans will be able to access their tickets through the Florida Gators app from their mobile device, or via FloridaGators.com/myaccount. Fans can add their tickets to their respective Apple Wallet or Google Pay account for added safety and convenience. Fans will also be able to transfer or donate their tickets easily within the app or online. To learn more about mobile ticketing, please follow this link for a quick informational video. Fans can find the Florida Gators app download links for Apple and Google here.

Updated Bag Policy
The Stephen C. O’Connell Center has updated its bag policy for the 2020 season. No bags larger than 12″ x 6″ x 12″ will be permitted. For the complete list of security policies, visit www.oconnellcenter.ufl.edu.